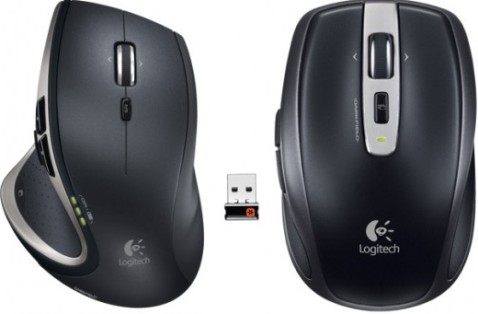 According to Logitech, Darkfield Laser Tracking technology detects microscopic particles and micro-scratches on the surfaces (rather than tracking the surface itself), thanks to its dark field microscopy.

“Laptops have gained popularity in the last several years because of the freedom they afford – people today want to be able to connect to their digital world anytime, anywhere. However, until now, no mouse has been able to match that flexibility,” said Rory Dooley, senior vice president and general manager of the Control Devices business unit, Logitech. “Thanks to Logitech Darkfield, whether you’re checking the morning news from the granite counter top in your kitchen or at work manipulating a spreadsheet from your glass desk, you can be confident that your Logitech mouse will be up to the task.”

The new Logitech Performance Mouse MX and Logitech Anywhere Mouse MX that include tiny Logitech Unifying receiver will ship in U.S. and Europe starting later this month for around $100 and $80, respectively.