Previously we mentioned about 65-nm CPU in Microsoft Xbox, now it seems that the long waited Jasper Xbox Console has reached consumer space recently. Basically the motherboard design doesn’t change much except it will be powered by a new GPU with 65-nm process technology with much better power consumption along with some other changes in terms of flash memory storage space and power ratings. 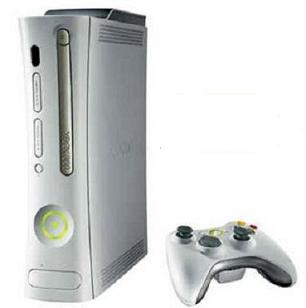 One of the major differences as compared to current Xbox version is on the power supply power rating which has been reduced from previous 175W to current 150W, with significant amount of 25 watt saving. Obviously, the thermally efficient 65-nm GPU plays an important role in reducing the overall power consumption.

Besides, another major upgrade is on the memory capacity of the embedded flash device built on motherboard. The new Jasper console consists of a huge 256MB flash memory soldered on board, which is more than 10 times larger than current version with only 16MB available for internal storage. According to reliable source, the actual memory usage will not exceed 42MB for the console to run and balance can be used for other applications such as the new NXE dashboard, saving game information and etc without the need of external storage card.

Also there is a minor change on the RAM memory configuration with parallel placement of 4 chips on both top and bottom of the motherboards. Consumers may curious on how to differentiate the ‘old’ and ‘new’ version without opening up the casing. Basically they can recognize it from the different power plug being used besides lower current rating (with older Falcon draws 14.2A while the new Jasper consumes 12.1A only) labeled on sticker beneath the console system. Looking at the serial number could be a good alternative but it may require some experience on how to decode them correctly.