Mitsubishi Electric Corp recently wooed the participants at Tokyo Interaction 2009 with its 3D Touch Panel which can detect the finger contact even though the finger has not actually touch the screen. This prototype showcased by Mitsubishi features a 5.7-inch screen with a resolution of 640 x 480 pixels (VGA). This 3D touch panel works with the aid of an array of sensors that can also be used to calculate the speed at which the finger is approaching. It can detect finger movement and allow users’ finger to control a cursor proximity 20mm from the screen. 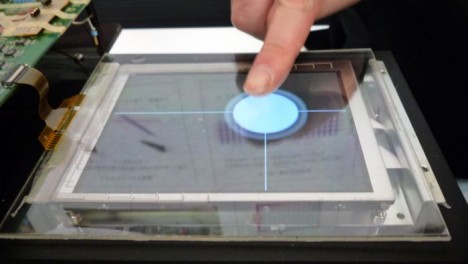 This so called “3D touch panel” as described by Mitsubishi Electric will be quite useful for mobile devices or devices with smaller screen. No details on how much this interesting touch panel will cost. However, Mitsubishi has promised not to bundle manufacturers with additional cost if they want to use it.