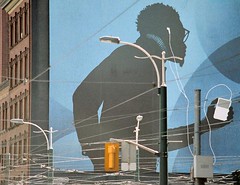 National Semiconductor received a lot of press last month for announcing plans to give every employee a 30-gig video iPod. About 8,500 people currently work at National Semiconductor. The iPods were a nice way to say thank you to their employees for helping give the company their “best fiscal year” of all time.

Well, I hope National Semiconductor enjoyed all that positive press while it lasted. It just went sour.

After giving all 8,500 employees iPods, the company then laid off 35 people from their Arlington plant and demanded they give their iPods back. National Semiconductor claims that the iPods were just loaners.

First you get fired. Then you have to give back the iPod. How’s that for a bad day? Kind of reminds me of the movie Office Space when Milton got moved to the basement and Bill wouldn’t let him take his red stapler.

Bill Lumbergh: Milt, we’re gonna need to go ahead and move you downstairs into storage B. We have some new people coming in, and we need all the space we can get. So if you could go ahead and pack up your stuff and move it down there, that would be terrific, OK?

Milton Waddams: Excuse me, I believe you have my stapler…

Anyway, National Semiconductor didn’t give a reason for firing the 35 employees at their Arlington plant. Maybe they needed a way to pay for those 8,500 iPods? The 30GB video iPod normally retails for about $300.