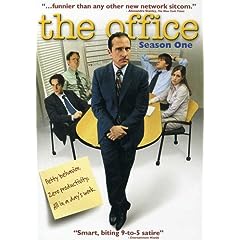 Get ready for the television “newpeat.” In an unusual experiment aimed at improving ratings for reruns, tonight American broadcast network NBC plans to air two previously seen half-hour episodes of The Office that have been re-edited into a new hour-long show.

Some scenes will be cut so producers can weave in unaired footage that introduces a new storyline into the older episodes. NBC, a unit of General Electric Co., won’t film new footage but is instead relying on snippets that have been cut from previous tapings, a spokeswoman says. The “newpeats,” as NBC is calling the episodes, will air tonight at 8 p.m. Eastern time.

In an age where old TV episodes are widely distributed online — in some cases just hours after they air – networks are struggling to attract audiences to the repeats on their schedules. The Big Four American networks in decades past could count on a significant audience to turn up for reruns because there wasn’t that much competition. But with video games, the Internet, DVDs sporting extras and the continued proliferation of cable all competing for their time, audiences expect something more.