Apple Inc. has announced the launch of its new wireless Magic Mouse, which the company claims as the world’s first mouse to utilize Apple’s revolutionary Multi-Touch technology, featuring a seamless touch-sensitive enclosure that allows it to be a single or multi-button mouse thanks to the advanced gesture support, allowing left or right handed users to scroll in any direction and to pan a full 360 degrees by simply touching anywhere on the smooth, seamless top shell. 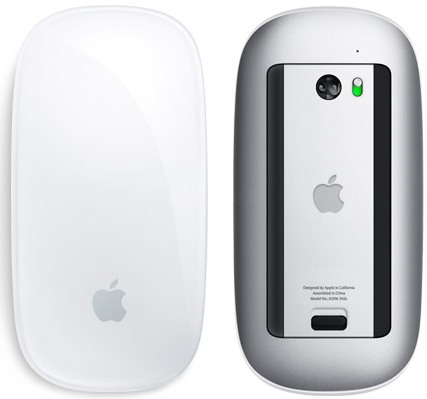 “Apple is the Multi-Touch leader, pioneering the use of this innovative technology in iPhone, iPod touch and Mac notebook trackpads,” said Philip Schiller, senior vice president for Worldwide Product Marketing at Apple. “Apple’s Multi-Touch technology allows us to offer an easy to use mouse in a simple and elegant design.”

According to Apple, Multi-button or gesture commands can be easily configured from Magic Mouse preference pane in System Preferences.

Apple’s new stylish Magic Mouse comes standard with every new iMac is slated to be available later this month for a suggested retail price of $69, compatible with Mac OS X version 10.5.8 or later.