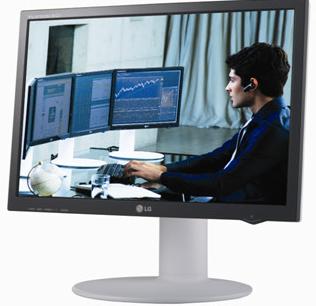 “We’re thrilled that LG is rapidly expanding its line of USB connected displays in partnership with DisplayLink,” said Hamid Farzaneh, president and CEO at DisplayLink. “In-Stat research projects that USB network displays will exceed 26 million units and 40 million units in 2010 and in 2011 respectively, and LG is among the key forward-thinking display companies leading this major paradigm shift.”

According to the company, “With built-in auto-install software, the L226WU-PF includes a widescreen panel supporting a 1680 x 1050 resolution, a 1000:1 contrast ratio, and a five millisecond response time.”

The new LG Windows Vista compatible L226WU-PF LCD monitor is now available in Europe for about 300 Euro, but availability in other areas has yet to be announced.