The leader of IT peripherals and accessories, Logitech has recently announced the launch of its latest portable mouse, named as VX Nano, the ultra-compact cordless laser mouse for laptops/notebooks. Besides, this mouse will come with a small and tiny 2.4GHz Plug-And-Forget Nano receiver which the company claims is the smallest ever. With the USB receiver that nearly flush against your notebook, you have no need to unplug once you plug it in. 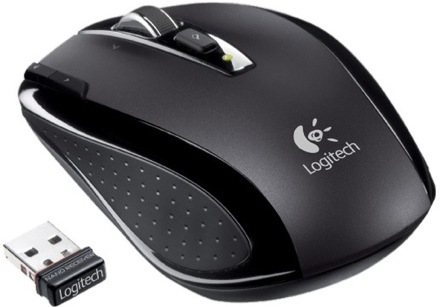 “More and more laptop users are abandoning the touch pad in favor of a cordless notebook mouse,” said Rory Dooley, Logitech senior vice president of the Control Devices business unit. “However, with most notebook mice, the size of the receiver forces people to plug and unplug the receiver each time they use the laptop. Because we were able to make the nano-receiver so small, it can remain plugged into the laptop at all times so on-the-go notebook users save valuable time and never have to worry about where the receiver is.”

In addition, the five button wireless mouse also features an One-Touch search button and MicroGear Precision Scroll Wheel that allows users to disengage the mouse wheel from its gears for faster spinning.

The new Logitech VX Nano Cordless Laser Mouse which powered by 2 AAA batteries will hit the market by late August for around $70.