The well-known international brand name for Japanese electric products manufacturer Matsushita Electric Industrial, Panasonic has recently announced that its new EVOLTA (derived from ‘evolution’ and ‘voltage’) AA batteries have entered the Guinness Book of World Records as the world’s longest lasting AA alkaline battery cell, boasting a shelf life of 10 years which seems perfect for folks who always worried about “battery run down”. 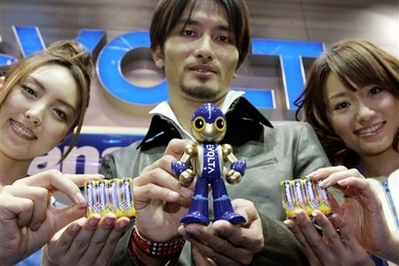 According to the company, “EVOLTA batteries will keep gadgets running 20 per cent longer than offerings from rivals Duracell and Energizer.”

The new Panasonic EVOLTA AA battery will go on sale in coming April in Japan, with a pack of four costing about ¥560 or $5.40, and is planned for oversea markets later this year.