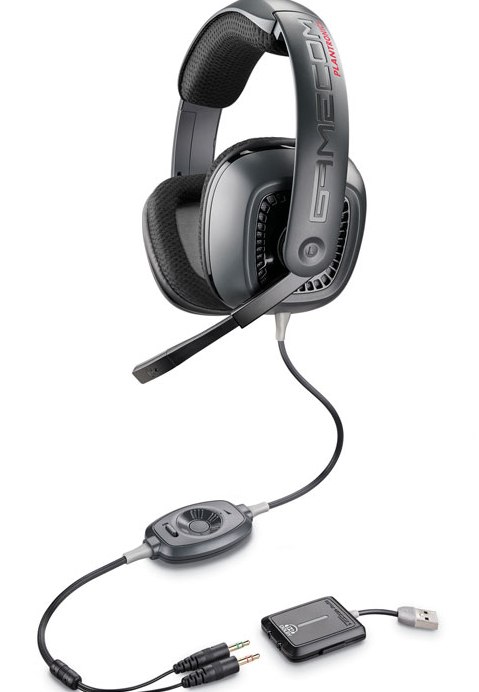 “Over the past 18 months, we have immersed ourselves in the gaming community to understand their unique headset needs,” said Renee Niemi, general manager and vice president, Mobile & Entertainment for Plantronics. “We observed that they want a rugged, comfortable headset with the best sound available to improve competitive game play. The GameCom 777 delivers on these requirements by uniting Dolby digital surround sound with a durable, unique headset design that has been tuned for gamers.”

“Dolby surround sound is a great way to bring more excitement and realism to gaming sessions,” said Matt Tullis, Senior Manager, Games Market Segment, Dolby Laboratories. “And for gamers who play into the night, Dolby Headphone technology is designed to relieve the discomfort and fatigue that comes with extended headphone use.”

According to the company, “Alongside the GameCom 777, Plantronics is introducing two analog PC headsets — the GameCom 367 and GameCom 377 PC headsets. All three GameCom headsets are built of lightweight materials and feature specialized earpods to redistribute pressure for maximum comfort.”

The new Plantronics GameCom 777 Surround Sound Gaming Headset is expected to hit the market in coming September for about $100.