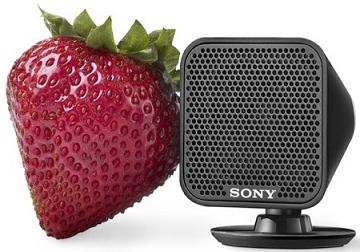 “Consumers want a cinema-like surround sound experience in their homes, but are hesitant to add large equipment that overpowers the decor,” said Tyler Ishida, director of marketing for Sony Electronics’ Digital Imaging and Audio Division. “The HT-IS100 packs all the power of a conventional home theater system in five discrete speakers that practically disappear in your living room.”

The new Sony HT-IS100 5.1 channel surround system which includes 3 1080p HDMI inputs with repeater functionality and support for eight channels of uncompressed audio is expected to be available in coming July for about $700.