Good news if you are one of the Nintendo handheld gaming DS console’s fans, the Japanese company has just announced that it will be releasing a next generation DS handheld machine to consumer market by November this year. Named as DSi LL, it will be designed with two 4.2-inch display screens, making it even more suitable for greater gaming experience without any restriction on mobility. 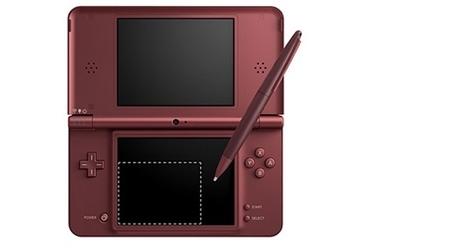 While the display screen is only 3.25-inch on its existing version, the upgrade would definitely benefit its users besides putting a better position against its rival’s products, Sony Playstation Portable with a relatively larger display size. However, screen resolution has not been changed from its predecessor DSi even though the overall screen size has been enlarged by almost 93 percent. To cater for the larger display, physically the machine will be built in larger factor and will appear to be much bulkier with actual physical measurement of 161 X 91.4 X 21.2mm and weighted at 314g, which is 50 percent more heavily than its current version. In terms of battery life, it is claimed to be more durable for long hours of continuous gaming regardless of the additional larger display being bundled with.

Retailed at around ¥20,000 (equivalent to USD220), the new model will be available in wine red, white and dark brown colors for selection and will be reaching consumer space by November 21st.