The PC hardware company built on the dreams of gamers, NZXT has announced the launch of its new 15″ Cryo S high performance aluminum notebook cooler, which incorporates 2 adjustable 120mm fans that able to deliver powerful cooling to any laptop up to 15 inches. 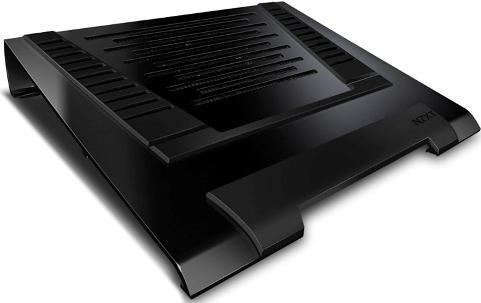 “NZXT is dedicated to providing PC gamers a competitive advantage and a large part of that lies in effective heat removal,” said Johnny Hou, Chief Designer of NZXT. “Just like its award-winning big brother, the Cryo LX, this cools not only the fan vents, but it removes heat from the entire notebook case which is crucial for high performance gaming making the Cryo S best in its class for effective notebook cooling.”

The new Cryo S notebook cooler is expected to be available this month on Newegg.com for MSRP of $49.99.