Facebook is finally landed on Windows 8 platform, which is especially joyous for Windows RT users. Microsoft has promised the official Facebook app for Windows 8 during the Microsoft Build conference held in June, and it’s finally been released together with the arrival of Windows 8.1. 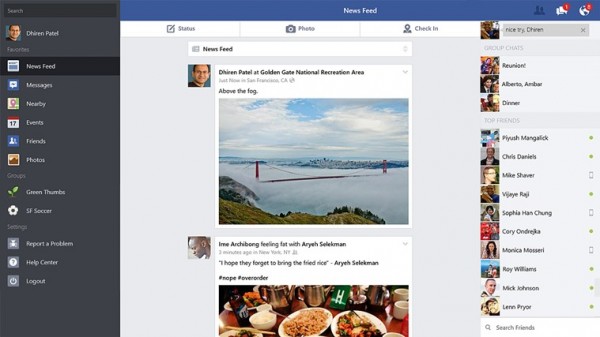 The Facebook app has the similar looks and feels of its ecosystem and other mobile apps. But as it’s the first version released, do not expect too much fancy features, although you’ll be able to do most Facebook sharing from within the app, such as status update, uploading photos, reading News Feed, replying to messages, approving or rejecting friend requests, receiving notifications, checking in and etc.