Previously we mentioned about an innovative idea filed by Palm related to orientation based input technology, now the company has filed another patent idea indicating how a handheld device can be effectively used with an integrated but yet detachable handset for calling purpose. 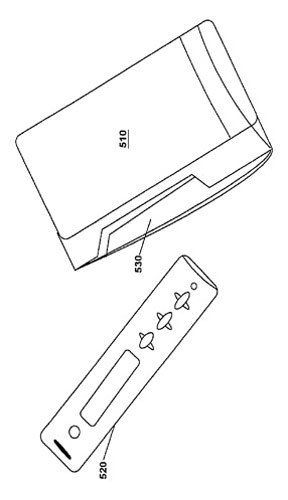 Most of the handheld PCs in the market have been equipped with optional 3G module for web surfing that may also enable cellular network connection so that users can utilize it for mobile calling while moving around. However, its relatively bulkier form factor (due to larger screen size which is good for web browsing) may not always suitable for mobile phone calling, and that is how this idea is able to bridge the gap. The idea is pretty simple with a concept of compact handset that can be slotted or removed from the Palmtop PC whenever necessary. Without being wired by physical connection that could be troublesome, the detachable handset can connect to handheld PC via Bluetooth wirelessly to make and receive the audio during phone conversation. Just imagine, now you can make full use of your companion device as both the handheld PC as well as cellular device without much limitation.

No doubt, this could be a great idea on how to integrate a new feature into existing handheld device but how soon or whether if it is feasible to implement it in real working model could be another concern.