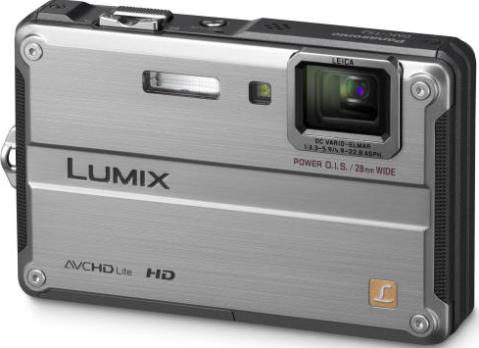 “We have been very pleased to see that consumers found true value in Panasonic’s first rugged digital camera, knowing that they could take it on their outdoor adventures where it could withstand drops, water and dust. But even more, we saw that users enjoyed our LUMIX TS1 for their daily photo needs – they were able to take high-quality video and photo without worrying if they casually tossed it in their bag or used it in the rain,” commented David Briganti, Senior Product Manager for Imaging at Panasonic Consumer Electronics Company. “The new LUMIX TS2 gets tougher and we expect it to be a key product in 2010, as its rugged features are becoming even more desirable for active users, especially with this year’s new freezeproof capabilities. Families will enjoy this digital camera, both for their own outdoor activities, vacations, but also so they can allow children to take photos without the anxiety they might otherwise feel of damage.”

Panasonic LUMIX DMC-TS2 rugged digital camera will be available in 4 variants of colour – silver, blue, orange and yellow, but the price and launch date of LUMIX TS2 have yet to be announced.

UPDATE: Panasonic LUMIX TS2 is scheduled to be available in mid-March 2010 for around $400.