How long would you expect the warranty coverage period for SSD (Solid States Device)? Just recently, Patriot Memory has just unveiled a new product line under Torqx family for consumers that are looking for long life support. Named as M28, it carries an impressive long 10 years warranty period targeted for desktops, workstations and even servers with enhanced performance and reliability. 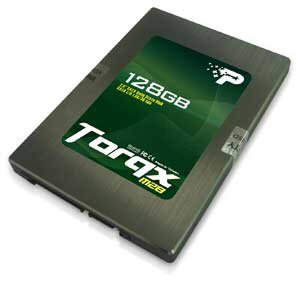 Patriot Torqx M28 is embedded with 128MB DRAM cache, doubling its predecessor that enables faster access and real time data transfer between its controller and host devices. Featured with SATA I/II interfaces, it allows fast 220MBps sequential read and 200MBps sequential write respectively. Best thing is, it is compliant to industry standards with shock and resistance vibration as well as extended storage temperature support from -55 degree Celsius to 95 degree Celsius.

No pricing information yet, the M28 will be available in both 128GB and 256GB storage capacities suitable for various applications. For those consumers that already purchased Patriot’s SSD before this announcement, not to worry now since the manufacturer agrees to extend its warranty period as an added value to differentiate themselves from other competitors.