One of the drawbacks of online shopping is the lack of comprehensive and full-contoured view of the objects on sale. We cannot get a feel of the object or its actual appearance. RealView’s 360 3D Desktop Scanner is set to change all that. Touted as the first desktop scanner in the world that can scan and display objects in 3D images, RealView’s scanner can capture any figurine, toy model, jewellery, bag, or shoes placed on its base in their 360 glory. The image can then be viewed from any angle in 3D dimensions with just a click of the mouse. 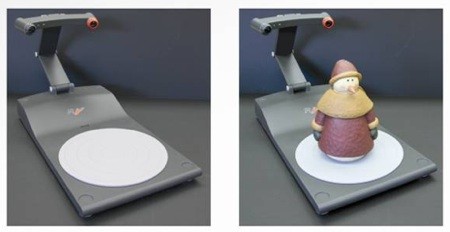 The scanner comes in three models: RealView 360 3D (the plain VGA scanner), RealView 360 3D HD (with high-definition resolution) and RealView 360 HD Commercial (for large format scans and kiosks). This scanner has been developed from the technology used for non-evasive surgery in medical cameras. The 360 3D Scanner will likely be popular with e-Bay, Amazon, and other online retailers and marketers.