The manufacturer and marketer of the popular Ridata brand, Advanced Media has recently announced their three new Ridata non-volatile 2.5-inch SATA SSD that available in 32GB, 64GB and 128GB capacities, each claimed to read at 170MB/sec and write at 105MB/sec. 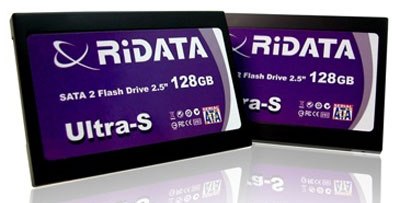