Rising Antivirus 2010 is a security software that provides protection against all types of viruses, Trojans, Worms, Rootkits and other malicious programs. The new version of Rising Antivirus 2010 comes with a simple and user-friendly interface that suitable for both proficient and novices. In addition, it also comes with Active Defense technology, patented unknown virus scan and clean technology, patented Smartupdate technology, and Web Trojan Defense that can automatically blocks malicious web scripts and viruses while users browsing the web. 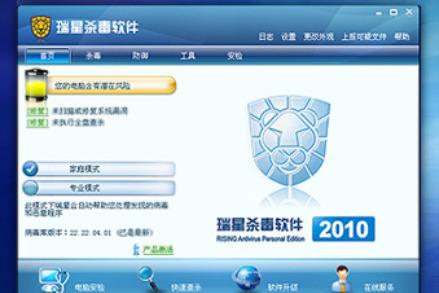 Rising Antivirus 2010 normally cost USD$19.95 for purschase. There are a few differences between free edition and paid version. For example, information center service will display the latest news of company for free edition; update service and technical support response are only for paid version while there is limited support for free edition. In additional, paid version also comes with free Rising Firewall.

In order to get the free 6 months Rising Antivirus Personal Edition 2010, go to the following URL: