The worldwide leader in semiconductor, telecommunication, digital media and digital convergence technologies, Samsung Electronics Co., Ltd. has announced the launch of its new 23-inch Samsung XL2370 LED monitor, which features ‘finger-slim’ design and a host of cutting-edge technologies, utilizing around 40% less power to operate compared to conventional monitors of a similar size. 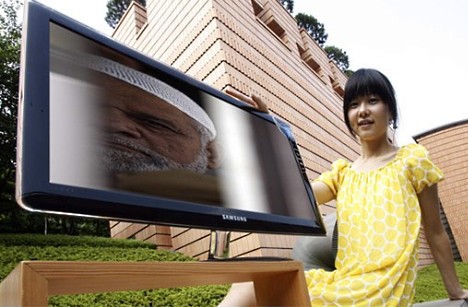 “We expect the XL2370 will open a new era of the LED monitor market,” said JaeYoung Lew, Samsung Electronics’ Visual Display Division. “Samsung will pave the way in the LED monitor market with beautiful design and superb functionality, while responding to the market needs for eco-friendly technology.”

The new ultra-slim Samsung XL2370 LED monitor is slated to hit Korean market in mid July, and will be available in other countries starting August 2009, but the price has yet to be unveiled.