One of the world leader in advanced semiconductor technology, Samsung has announced that it plans to put its 1.8 inch 64GB solid state disk drives (SSD) into mass production, the highest capacity SSD worldwide to date for mobile computing applications. As you know, the SSDs which are being targeted at the high-end ultra-portable notebook computer market and it has the benefits of making the devices start-up more faster than (hard disk drives) HDD powered laptop, more efficient and should boost battery life by up to 20 percent in notebooks/laptops. 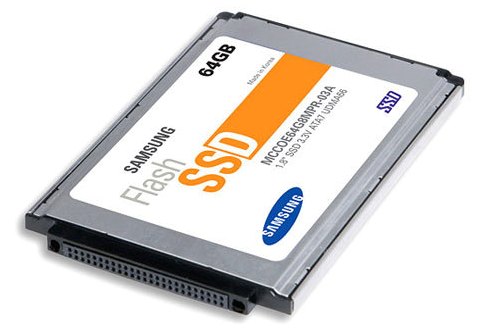 “We see sharply increasing interest in SSDs among OEMs worldwide amid a growing push to launch premium SSD-based notebooks, particularly in the ultra-mobile category,” said Jim Elliott, director, flash marketing, Samsung Semiconductor, Inc. Hopefully, this Samsung’s SSD will available in global market in the near future.