Nowadays, most tech addicts need an extra power for their smartphone and tablet mobile devices while on the go. The leading innovator of portable electronics accessories, Scosche has launched its new powerful, portable backup battery and dual USB port charger – Scosche goBAT II, which combines an internal 5000mAh rechargeable lithium polymer battery with dual USB ports including a 2.1 Amp USB port for the larger power needs of tablet such as iPad and Samsung Galaxy Tab. 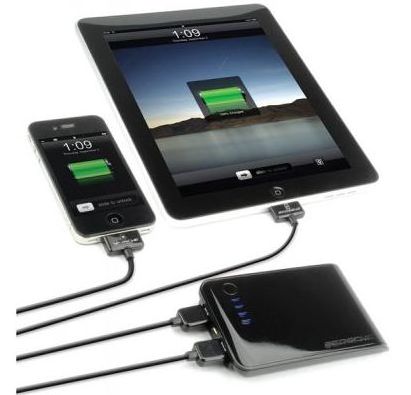 “The vast majority of our customers that own a tablet, also own a mobile phone that can be charged via a USB connection,” commented Kas Alves, Executive Vice President for Scosche Industries. “It only made sense for us to design a battery backup that could meet the demands of both types of mobile devices, eliminating the need to carry two chargers or battery back-ups.”