The new Sonix7 Media Pro PMP (Portable Media Player) is perfect choice for those who want a portable media player with a long lasting battery life. Sonix7 Media Pro has distinction of having 20 hours of video and 30 hours of audio playback on a single charge. It can hold up to 4,000 songs, 14,000 photos or 60 hours of video which support number of widely audio files such MP3, WAV, ACC, WMA and video files such MP4, MPEG4, AVI, XviD and H.263. The new Sonix7 Media Pro is also integration of an digital camera and it could works as an e-book reader, can play games, has built-in speaker, and an accelerometer. 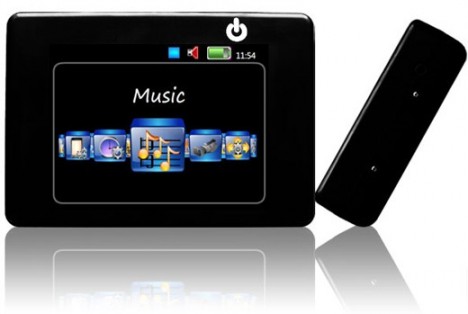