It is always crucial to ensure backward compatibility when a manufacturer planning to develop a next generation product so that existing system can be guaranteed to still fully functioning with the new product specification. However, this practice may be discontinued by Sony on its famous Playstation generation. For those that still carry PS2 games and would need to play it in the next generation Sony PS3 console, they may have to be disappointed since the giant Japanese gaming console maker seems to have no plan to continue the backward compatibility effort on its new consoles including the PS3 Slim version. 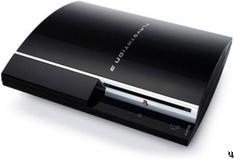 If you recall, the earlier version of 20GB and 60GB PS3 consoles still can work with old PS2 disks thanks to its emotion engine chip and graphics synthesizer chips embedded into PS3 consoles that made them compatible to play older games. However, the practice will no longer true after these two models were discontinued and consumers will have to abandon those old games unless they still have old PS2 or first generation of PS3 consoles. According to its spokesperson, there is too much trouble to continue the backward compatibility with additional hardware complexity to be implemented in new console systems. And even with software emulation doesn’t provide a full prove and solid long term solution with additional cost that lead to the decision of canceling backward compatibility, which was used to be one of the advantages over its competitors such as Microsoft’s Xbox consoles.