Vacuum While Playing Music With UltraSilencer

Doing housework is a chore for most people and music is one way to relief the monotony and boredom. However, listening to music while vacuuming can be rather challenging as the motor will drown out any sounds of music from their stereo. The UltraSilencer launched by Electrolux is touted to be so silent that one can actually play music on the built-in iPod dock and speakers. The device on display not only drowns out the monotonous drone but doubles the productivity and fun. 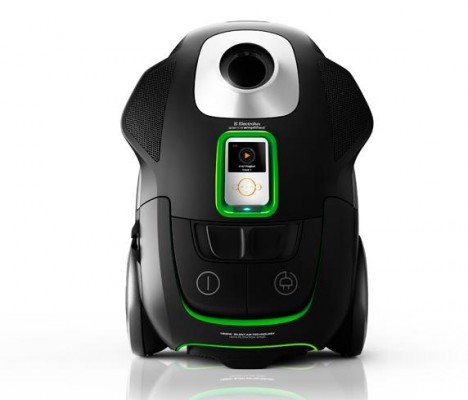 Utilizing the Silent Air Technology, Electrolux is able to minimize the racket caused by the engine and the air swooshing internally around the pipes and bends. Research by Electrolux has shown that vacuuming to the sound of music can improve the cleaning result and leave the person doing the housework happy rather than disgruntled. While the device may not get family members to start fighting to do the hoovering, it can at least make the person responsible happier and more cheerful. The UltraSilencer will retail for $360 without the iPod dock version.