Wasabi Smoke Alarm Can Save Lives In A Fire

A fire alarm alerts occupants in a house or building by emitting a shrill sound. However, this is ineffective in establishments such as karaoke lounges, discotheques, or concerts where loud noise may drown out the alarm until it is too late. Heavy sleepers and the hearing impaired are also at a disadvantage as conventional alarms do not meet their needs. A device patented by Nikkei releases a strong irritating smell instead when smoke or fire is detected. This could potentially save lives in the event of a fire or emergency. 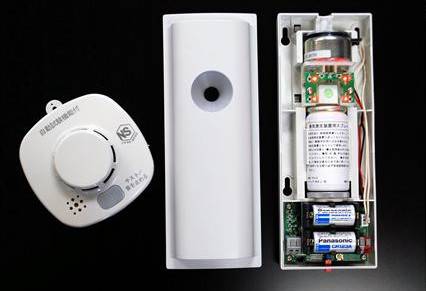 The device works by discharging a chemical compound known as allyl isothiocyanate when triggered by smoke. This is the active component in wasabi and mustard that gives them the kick. Tests show that a room of sleeping people is roused by the pungent smell within two and a half minutes. There is however no damage to the eyes and throat. The device flashes a bright red warning light at the same time when the chemical is released. This olfactory fire alarm works within an area measuring 50 sq ft and costs about $560.