Apple World wide Developers Conference ’11 (WWDC 2011) keynote address is ongoing now, since 10:00 am PST, and apparently Apple is not going to officially feed and stream the event live for worldwide audience. But few Apple enthusiasts are not going to let world delay for even a few seconds to know what’s happening live at the keynote. 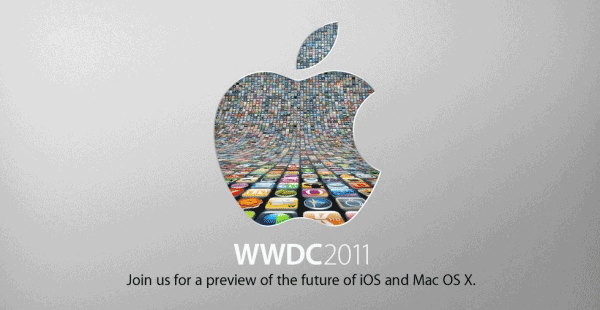 Here’s the live streams of video feed from Apple WWDC 2011 keynote address transmitted via UStream which apparently recorded and streamed among audience. As a result, don’t expect high quality video, although the audio is fine (the feed appears to be offline).

Another live stream of WWDC 2011, also via Ustream:

For people who want high quality video and audio feed, but can live with about 30 minutes of delay, CNN is also telecasting WWDC. Just visit http://live.cnn.com/ to launch the live player. Then, select the “Watch: Apple developer’s conference” to start the viewing. 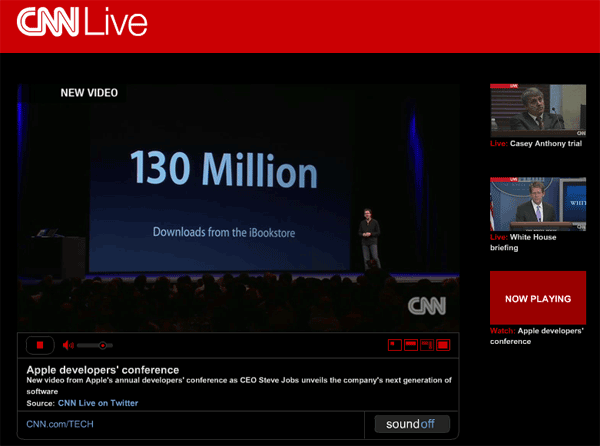 The WWDC ’11 takes place from June 6 to June 10, 2011 in San Francisco Moscone Westand, with tickets sold out in 24 hours. According to Apple, Steve Jobs and a team of Apple executives will unveil its next generation software – Mac OS X Lion, the eighth major release of Mac OS X; iOS 5, the next version of Apple’s advanced mobile operating system which powers the iPad, iPhone and iPod touch; and iCloud, Apple’s upcoming cloud services offering. Whether there will be announcement of new iPhone hardware, rumored to be named iPhone 5 or iPhone 4S is uncertain.

The official HD and SD version of WWDC 2011 keynote address is available as VOD (video on demand) at http://www.apple.com/apple-events/wwdc-2011/ shortly after the event ended.