White iPhone 4, of iPhone 4 with white faceplate, had been announced and postponed twice. Finally, there is sings that the white iPhone 4 may finally arrive into the brick and mortar and online retail store shelves for consumer purchase.

MacRumors had reported that white iPhone 4 has been added into Best Buy inventory database, with screenshot from reliable source. Both 16GB and 32GB iPhone 4 White is listed with in-stock date of February 27, 2011, and the SKU numbers and model names are identical with the codes used by BestBey previously, before they were cancelled by Apple.

However, as February 27, 2011 is a Sunday, thus the release date that falls on the day may be just an estimate. So the end February release of white iPhone 4 is still not officially confirmed. Interestingly, the screenshot also shows that the out of stock of iPhone 4 as June 23rd 2012, which likely spans across the life of next generation iPhone 5, if Apple sticks to their once a year new model upgrade routine.

Apple has openly announced that white iPhone 4 will be available in spring of 2011 (provided no another delay or outright cancellation of white color to concentrate of two colors choice on iPhone 5). To make the imminent arrival iPhone 4 white more convincing, various telcos and mobile carriers have added white iPhone 4 data into their inventory system.

For example, Vodafone Germany inventory list leaked shows both the 16GB and 32GB models of weiß, or white, iPhone 4. 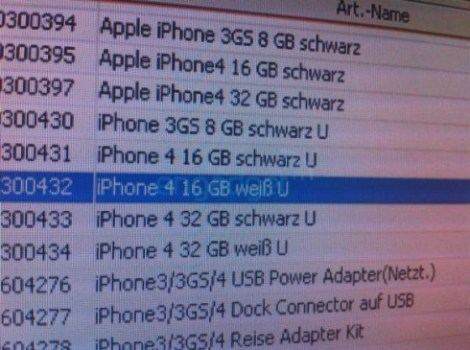 And, several mobile service carriers such as Three (3) UK, Orange UK and Orange France (16GB version and 32GB version) has officially listed white as one of the selection option for iPhone 4, although customer can check-out yet if they select white color with the notice that White iPhone 4 is currently unavailable for order online or in-store. 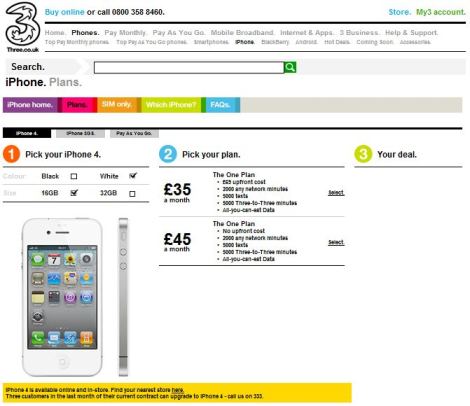 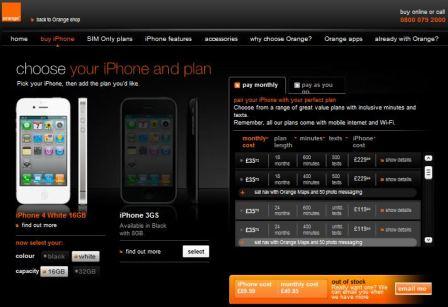