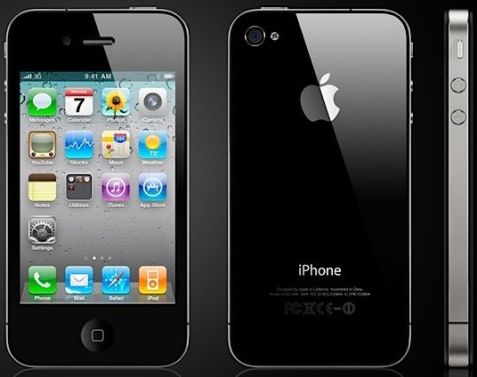 The new slim, stylish iPhone 4 smartphone which measures just 4.5 x 2.31 x 0.37 inches and weights only 4.8 ounces will be available for pre-order beginning June 15, slated to hit Best Buy, Wal-Mart, Apple and AT&T stores on June 24. iPhone 4 that offered in black and white colors will be available in 2 model – iPhone 4 16GB and iPhone 4 32GB, costing for $199 and $299, respectively, with a new 2-year service agreement.

Existing iPhone customers eligible for an upgrade between today and the end of this year have been made immediately eligible for AT&T’s best pricing for iPhone 4 with a new two-year term commitment. Consumers can verify upgrade eligibility at www.att.com/iphone today. Business customers can verify upgrade eligibility at AT&T’s Premier site, https://www.wireless.att.com/business/.

Great news for current AT&T iPhone customers who are eager to own the latest iPhone 4 smartphone! AT&T has moved up the upgrade eligibility date for existing iPhone users by up to 6 months. In simply words, those “Upgrade Eligible” customers can purchase the new iPhone 4 with the best price – iPhone 4 16GB ($199) and iPhone 4 32GB ($299) – with new two-year contract.

In addition to the United States, the latest iPhone 4 also will be available in UK, France, Germany and Japan beginning June 24, 2010, expanded to other regions in coming July.