Microsoft has officially started the pre-order of next iteration of Windows operating system, Windows 8, which is scheduled to go on sale on October 26th, 2012. Though Windows 8 has attracted both favorable and disproving reviews, but as the dominant desktop operating system, it still attracts huge attentions and has a huge followings.

The pre-order of Windows 8 has started from October 12nd, 2012. Best of all, Microsoft has releasing Windows 8 with a ridiculously low and unbelievably cheap price for most comprehensive edition of Windows 8 during the pre-order and at least during the initial few months period after Windows 8 launch, with steep discount from the list price.

Microsoft has earlier announced the availability of download-only Windows 8 Pro to upgrade existing Windows XP, Windows Vista and Windows 7 PCs to Windows 8 for $39.99. However, this option is not available for pre-order. In fact, no pre-order is required too, as on the launch day, any users can download Windows 8 Upgrade Assistant to directly purchase Windows 8 Pro Upgrade license on Windows.com. 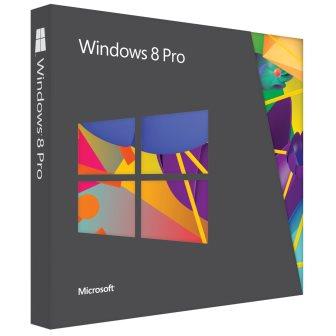 According to Blogging Windows, the offer is available at Amazon.com

If you’re looking for bargain, Amazon.com