Will Microsoft pulls another trick like Windows Vista SP1 on Windows XP SP3, where the RTM version is released without announcement initially (in the case of Vista SP1, the RC2 was made RTM or RTL or RTW). There is a leaked version of Windows XP SP3, the latest service pack for aging Windows XP, which some users have speculated as the build which will be the final RTM version of XP Service Pack 3, or at least the RTM candidate. 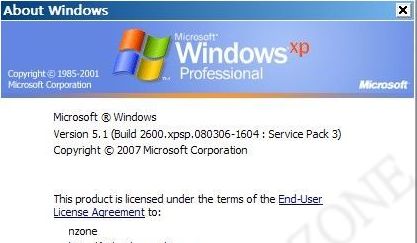 Users who are adventurous and want to be a ‘pioneer guinea pig’ can download the Windows XP SP3 v.5503 setup installer to upgrade their system. Users can download English and/or Russian language edition by using torrents with BitTorrent (BT) client or direct HTTP web links.

Again, be warned that the source for this release of service pack is unknown, and unofficial, although Microsoft’s signature is intact on the setup file. The RTM status of the build is also unable to verify. There is no guarantee that this version will be RTM version, or indeed an official build. So download and install on your own risk.