For users who want to copy, clone or duplicate a virtual machine, the task becomes slight complicated, where users have to perform all VM duplicating and cloning steps manually. With XP-More, the virtual machine duplication or closing process can be done with just a button click away. 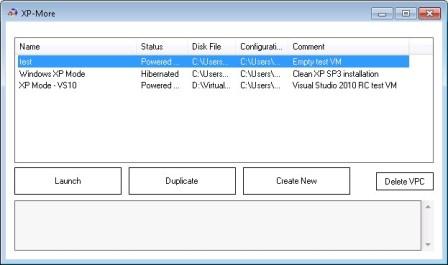 XP-More is an open source project, and is available for free download via CodePlex under the GNU General Public License version 2 (GPLv2).