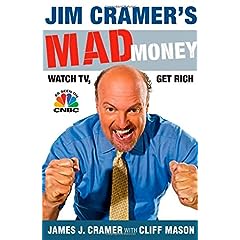 On last Thursday’s episode of Mad Money, host Jim Cramer selected Apple Computer as his No. 2 growth stock of 2007.

Cramer picked Apple Computer over Microsoft and decided to vent his rage against Microsoft by smashing a new brown Zune with a baseball bat. In case you missed it, the Zune smashing video hosted on Youtube is shown below.


Although Apple’s up more than 175% the last two years and more than 50% since July, Cramer believes Apple Computer will move higher because “picking stocks is not like flipping a coin.” There’s no balancing out that occurs, he said. Instead, “winners keep winning and “losers keep losing.”

Cramer considers Apple a winner that has changed the way people listen to music with the iPod and the iTunes Store. “Not only [Apple] a brand people trust and love, but it is cool… Microsoft’s Zune MP3 player will not be able to push past Apple.”

Cramer went on to say that there are always bears and short-sellers, but in Apple’s case “they are wrong and should get buried… [Apple] has a winning formula, and nothing is going against it.”