A Glance at The Leaked Microsoft Morro Screenshots

Pursuant to the announcement made by Microsoft that the long awaited Microsoft’s Morro antivirus has reached its office a few weeks ago, today the mysterious free antivirus program from Microsoft has been uncloaked after a few screenshots were leaked and circulated in the internet. From the leaked screenshots shown below, we can see the security application’s interface is quite similar to Windows Defender. The typical options available in an antivirus software such as quick scan, full scan, scanning history, update, scheduled scan settings, etc are organized orderly and neatly in the simple interface for easy handling. 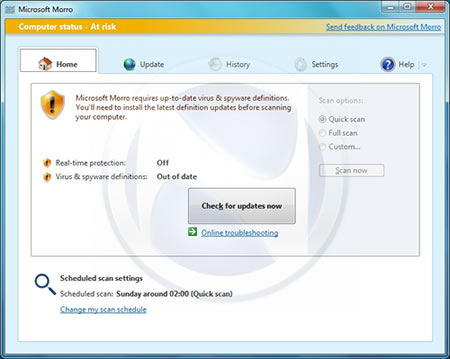 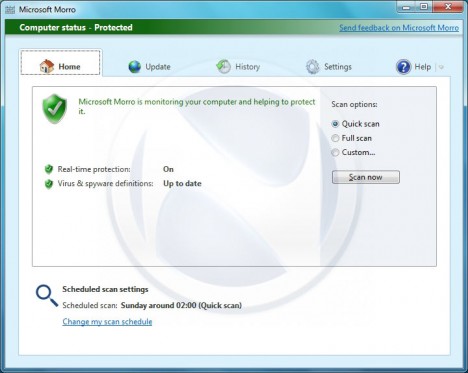 Apart from the interface, there is not much information on the features and functions. Some have commented that the new Microsoft Morro will be completely cloud-based. However, the overall true picture still remains shrouded in secrecy until the actual version is out.