Apple’s iPad tablet PC has just been announced recently and if you wonder how much would it cost to build the system, or perhaps a more interesting question is how much profit does Apple Inc actually gain with each iPad being sold to consumers, the recent analysis report from Brian Marshall will have the answer. According to Brian Marshall, BroadPoint AmTech, the whole system BOM (Bill of Material) and manufacturing costs are costing around $270.50 for 16GB iPad (WiFi version), indicating that they may gain around $200, or at least 40 percent with each unit being pushed to market. 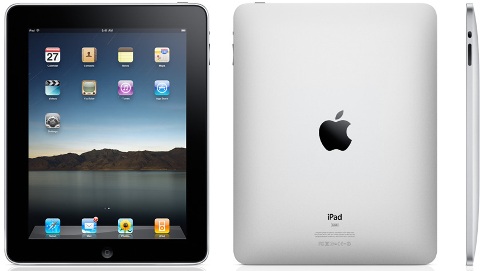 Further BOM cost analysis disclosed that the most expensive part is the 9.7-inch LCD touch panel that takes up around $100, more than one third of its total BOM cost. Besides, its aluminum stylish casing and 16GB NAND flash memory costs around $25 each, with all these three components sum up to be more than 50 percent of its total system cost. If you curious about how much the high performance ARM architecture based A4 actually costs, it is actually around $15 which is considered reasonable and relatively cheaper than any other x86 based core architecture.