Apple’s iPad International Pricing And Availability On May 28th

Good news for those that are located in other geographic areas (other than United States) and would like to get their first hand on Apple’s iPad, the Cupertino based company has announced that the long waiting iPad will be reaching other nine countries on May 28th, making it available for official purchase together with pre-order and initial pricing information. 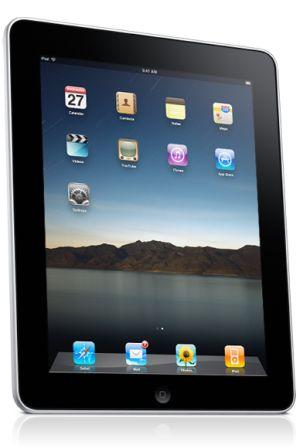 The targeted countries include Canada, Germany, Australia, France, Japan, Italy, Switzerland, Spain and United Kingdom and for those who are interested to get themselves a unit, pre-order will be opened on May 10th from Apple online store to ensure smooth ordering and stock availability by end of this month. In terms of pricing, the suggested retail price in UK has been confirmed and for WiFi-only model – the 16GB version will be available at £429, 32GB version for £499, 64GB version for £599, while for the WiFi + 3G 16GB model will be available at £529, 32GB version for £599 and 64GB version for £699 (All quoted prices already including VAT).

Don’t be disappointed if you are not residing in the above mentioned countries, Apple Inc has follow on plan to roll out its iPad to additional nine countries such as Austria, Belgium, Hong Kong, Ireland, Luxembourg, Mexico, Nethelands, new Zealand as well as Singapore by July, which is another two months from now. However, its pricing and pre-order date is still unknown at this moment.

Apple has reached another miracle of selling more than one million units of iPad after less than a month of official release in its own country and the sale figure will continue to grow once it is opened to other geographic area in Europe and APAC countries, regardless if the suggested retail pricing is slightly higher than its original official selling price in US region.