There are many utilities being developed that you can jailbreak your iPhone devices such as Redsn0w and Spirit and just recently, a new utility named as Limera1n has been released targeted for iPhone 3GS, iPhone 4, iPad and iPod Touch 3G running on any version of firmware software from iOS 4.0 to iOS 4.1 (iPad from iOS 3.2 to 3.2.2). 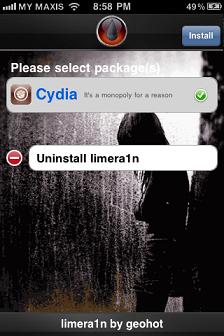 Limera1n uses bootrom-level vulnerability to jailbreak iDevices, although it’s different exploit from the SHAtter. As Limera1n had been released by GeoHotz, the much-awaited Greenpois0n jailbreak tool has been delayed in order to protect the secret of SHAtter bug.

Anyway, Limera1n is an excellent jailbreaking utility, which is capable of jailbreaking all existing as well as newly released gadgets from Apple which runs on iOS from version 4.0 to version 4.1. The list of supported devices by Limera1n include:

The best advantage is that Limera1n will work on all currently released and support devices forever, as it’s unpatchable due to the fact that Apple needs to redesign the hardware in order to patch the security holes at bootrom level. And the jailbreak by Limera1n is untethered, which means the devices do not need to be connected to computer to complete the boot after a reset.

Warning though, do not use Limera1n for people who use the Ultrasn0w carrier unlock tool, as Limera1n will nonetheless update the baseband. iPhone Dev Team will release a new version of PwnageTool to incorporate the limera1n exploit so that baseband update can be avoided.

The steps are pretty straight forward and even suitable for newbie that has not tried any jailbreak tools previously. 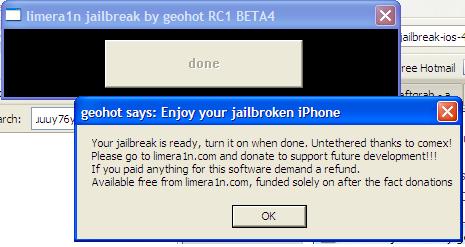 Another alternative to Limera1n is Greenpois0n jailbreak.