Microsoft makes a major revamp on the Calculator (executable named calc.exe) program that comes with Windows 7. The Microsoft Windows Calculator can perform all of the functions of most four-function (standard) or scientific calculators, and that’s all about it in term of features. Beside, it has only a simplified user interface, and the user interface and the core feature set has largely remained unchanged in form and function since Windows 95.

Windows 7 is about to change the familiar look of Microsoft Calculator program though. Windows 7 Calculator has added new mode of calculation, i.e. Programmer and Statistics, and beyond that, more importantly, improves on the user interface of the calculator to make it inline with much improved display appearance of modern computer system. 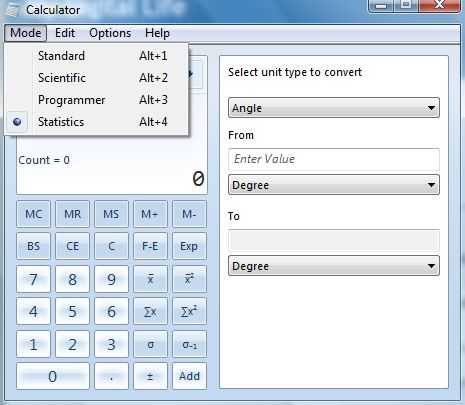 Don’t want to use not officially supported version, or using Windows XP? Try Microsoft Calculator Plus, or PowerToys Calculator downloadable from microsoft.com, or switch to use tons of other third-party calculator alternatives.