Rumors were flying around saying that iPad 2 may reach consumer market as soon as this quarter. As you aware, Apple may have selected Larsan Precision as camera module supplier for its iPad 2, just recently, an industry source has confirmed that the Apple may have worked out a deal with Samsung to build its next generation iPad 2 utilizing its latest Super PLS (Plain to Line Switching) display panels. 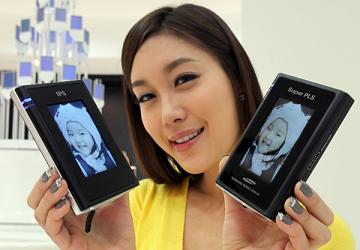 According to reliable industry source, Apple may have shortlisted Samsung and will use its latest Super PLS display panels for the next generation of iPad 2. Targeted for both smarphones and tablet PCs markets, Samsung proprietary Super PLS display panels is believed to be able to further enhance greater visual experience. Technically, the PLS technology is claimed to be able to shift the shape of the individual pixels aiming to provide brighter screen while maintaining high contrast ratio even being viewed from different angles. In comparison, the Super PLS display technology can yield 10 percent brighter display screen than IPS technology, which was widely deployed in previous generation iPad and even iPhone 4. Best still, the BOM (Bill of Material) and manufacturing cost is around 15 percent lesser which is definitely ideal in this competive market space, where display panel module often suck up most of the product BOM cost.

However, Samsung may not be the sole display panels contracted manufacturer and some other famous makers such as LG could have already in place to follow the same trend in Super IPS display development.