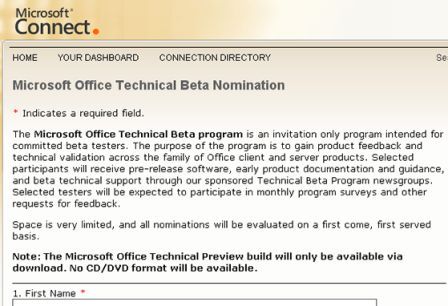 Those who interested to participate in the Office 2010 Technical Beta can nominate themselves by submitting Microsoft Office Technical Beta Nomination Survey at Microsoft Connect. Windows Live ID required. The nominations will be evaluated on a first come, first served basis. However, do note that the technical beta is more inclined towards IT professionals. General public should try their luck at Microsoft Office 2010 Technical Preview.