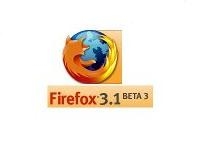 This new release version will be pretty much concentrated on the core functionality testing especially for new feature sets that just being incorporated. Some of the improvements that being made include the Private Browsing Mode, TraceMonkey JavaScript engine, Web Worked Thread as well as Gecko layout engine. Besides, some newly added features include the new web technologies support, W3C Geolocation API, CSS 2.1 and 3 properties and many more. To understand more, users can refer to release notes and check for known issues before deciding to upgrade to this version.

For those that are interested to be beta tester, they can download one at Mozilla website. As similar to other pre-production release software, you may experience compatibility issues on certain websites and the team do appreciate some valuable feedback so that they can further improve it before next release.