Good news for those that are waiting for Samsung Galaxy Tab, a true Apple iPad’s rival with greater feature sets, Samsung Mobile has just confirmed its official availability targeted on November 1st in UK after an initial launching during IFA back in last month. 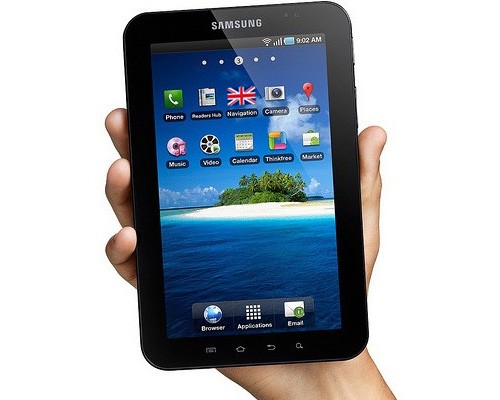 As you may aware, the long anticipated tablet PC will be powered up by a 1GHz Cortex A8 processor with PowerVR SGX540 GPU and preloaded with Android 2.2, or better known as Froyo that has increasingly gained popularity. To make it a more competitive solution as a late arrival into this market space, the device is equipped with front facing camera that enable video call besides a 7-inch TFT LCD screen that is ideal for greater viewing and multimedia experience over iPad regardless if you are at home or office environment. Besides, its light weight of merely 380g is best fitted for those that intends to carry it as a companion mobile device while traveling around. As expected, Samsung Galaxy Tab supports latest Adobe Flash Player 10.1, another major advantage over iPad besides huge selection of fast growing Android Apps in Market that is expected to overtake App store in short future.

However, no pricing information yet but it is believed to be higher than Apple iPad in view of enhanced feature sets. The Samsung Galaxy Tab will be commercialized in UK and will be available to all major networks, retailers as well as online stores such as Dixons Store Group, Carphone Warehouse and T-Mobile.