Softmaker Office is commercial office productivity suite developed by software company in Nuremberg, Germany, and is flagship application product of the company. Softmaker Office is targeted to home, small business and educational users, and has gained significant inroad especially in Germany and EU (European Union) countries as replacement alternative to Microsoft Office.

Softmaker is giving away Softmaker Office Suite 2006 for Windows for free. Everybody can download the fully-functional, non-crippled, not time-limited version of the office suite totally free of charge, without any obligations. Softmaker hopes the giveaway will introduce users to Softmaker Office and users who like the product will pay and upgrade to its successor, SoftMaker Office 2008 for Windows. 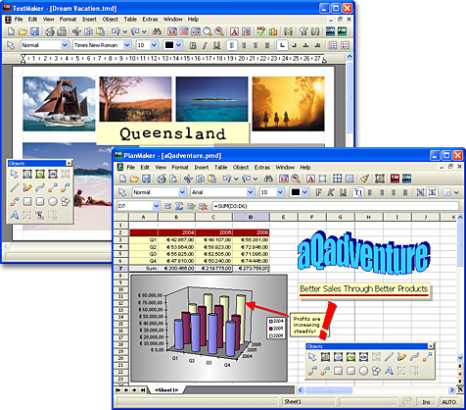 Features of TextMaker for Windows:

Features of PlanMaker for Windows:

Ashampoo Office 2008, which is re-branded version of SoftMaker Office 2008 is also available for free.