Previously we mentioned about Sony PS3 Slim Version that potentially having 250GB Capacity hard disk drive, now seems that the news has finally confirmed with the new version expecting to reach consumer market by next month. 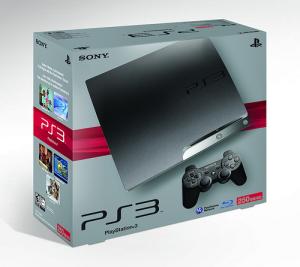 Being designed with the same feature sets as similar to its slim version that stays at 120GB, the new model has been equipped with additional hard disk space of 250GB, making much bigger storage space option for your favorite games, video and other multimedia related files. Regardless of the capacity size increase, it doesn’t affect its advantage of 32 percent smaller than its predecessor while able to sustain 33 percent lower in power consumption.

Some may curious on why this model was not announced and made available at the same time as the 120GB version earlier but it could be the right strategy to push out higher end SKU (Stock Keeping Unit) later to continue its great sale momentum using relatively cheaper 120GB SKU. If you recall, the 120GB slim version has been getting good traction with almost one million being sold in three week time worldwide after its recent price slash.

With only $50 extra and you get a hard disk space that double the size of its previous version, this is definitely a great deal that comes right in time to capture some additional market share as an ideal gift before Christmas season. The PS3 Slim with 250GB capacity will be available at $350 and is expected to reach consumer market by November 3th.