Scott Wylie, Director of Development and Platform Strategy for Microsoft New Zealand Director has published a screen shot capture of Windows 7 build 7004 on his blog. Interestingly, he called the build 7004 “the pre-beta build of W7”. Industry speculates that the build 7004 is in fact the possible Release Candidate (RC) or even RTM (Release to Manufacturing) code bits. 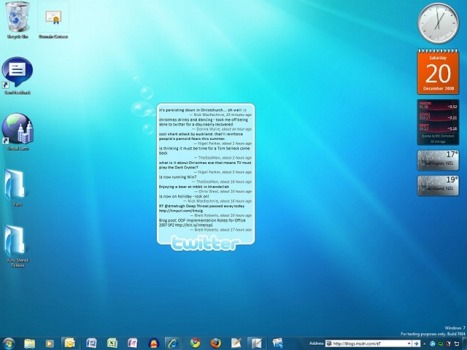 It’s a little hard to comprehend if build 7000 is indeed a RC or RTM build. If that’s the case, what’s the point of beta release? Furthermore, build 7004 of Win7 is compiled (on December 3, 2008) later than the speculated beta build of 7000, which is on December 12, 2008, and is said to be Windows 7 Beta2. It’s also hard to believe Microsoft decides to choose a older build as an beta, even though newer build (and supposedly better build with lesser bugs) is available, unless in the situation where there is a cut-off point to meet release deadline.