The main feature of iOS 4.2 for Apple TV 2G is the support for AirPlay, a new Apple technology which allows devices running iOS 4.2 and above or Windows PCs and Mac OS X machines with iTunes 10 to stream video, pictures, and music over LAN (Local Area Network) to playback on TVs connected to the Apple TV 2G. The AirPlay also allows users to control Apple TV from the iOS devices. 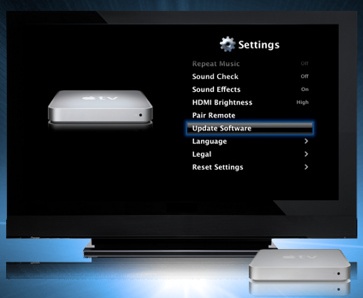