After a long delay to fix bug, Apple has finally released the latest version of its mobile operating system iOS 4.2.1 for iPad, iPhone and iPod touch. The iOS 4.2.1 has been incorporated with lots of new features, including Multitasking, Folders, Unified Inbox, Game Center, AirPlay, AirPrint and Find My iPhone (or iPad or iPod touch). 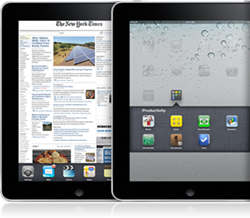