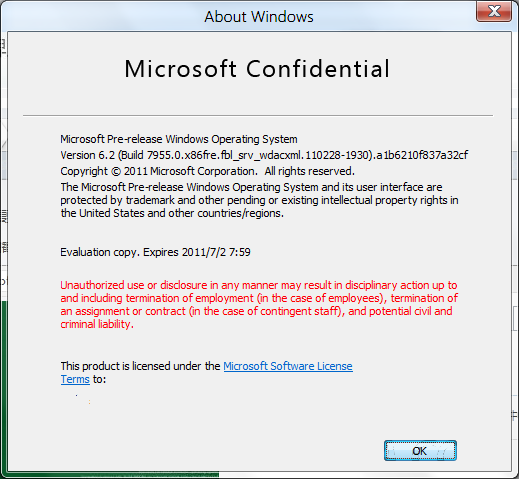 Again, similar to Windows 8 M1 Build 7850, some Windows 8 features are locked and hidden. The following locked Win8 features can be unlocked easily:

More features that are locked requires the “red pill” to unlock: 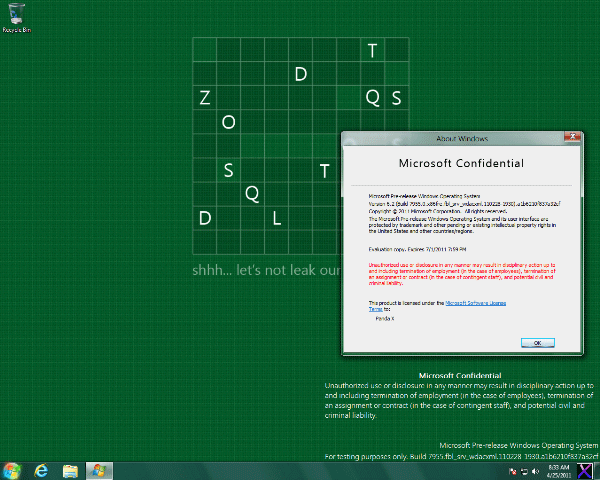 Changes that are been made since Windows 8 Build 7850 include Aero is now enabled (previously only Windows 7 Classic is enabled); animated avatar (user tile) support; IE9 is now final version built-in; History Vault to manage files according to timelines by using Shadow Copy; new touchscreen gestures and effects support (only accessible if you have a touchscreen), and user-friendly Black Screen of Death (BSoD) (if you managed to crash the system you will get to see it). Anyway, the new build does not contain new bootscreen or new Aero though. The build expires on (time bomb) July 1, 2011. And user will have 30 days activation grace period before searching for a crack to activate the installed Windows 8. 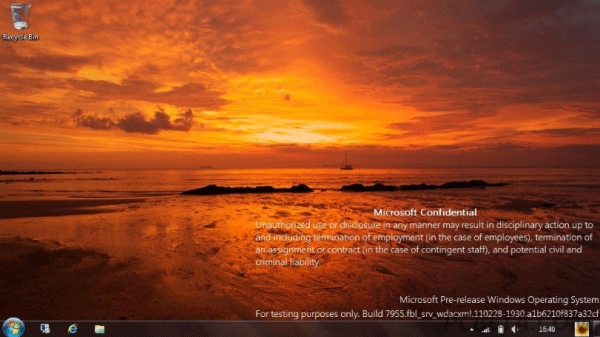 Note the two torrents to download Windows 8 M2/M3 ISO are not the same. The first torrent is the original Private FTP leak named “Microsoft Windows 8 (“Windows 8″ 6.2.7955.0) (Ultimate) (m2).rar”, while the second torrent is made by Torko26, which is also based on Windows 7 based installer from Windows 8 Build 7850 with install.wim from Windows 8 build 7955, but has since removed several unnecessary folders (i.e. kernel debugging tools).