Windows enthusiasts who can’t wait to experience Windows 8, the next version of Windows operating system after Windows 7, an early build has been leaked on the web. The leaked Windows 8 ISO image has the build version of 6.1.7850.0.100922-1508 of winmain_win8m1 branch, indicating that it’s compiled and signed off on September 22, 2010. The build is the final build that belongs to M1 milestone, and the Windows 8 development has since been moved to M2, M3 and post-milestone versions up to 6.2.7980.0.winmain.110407-1832, as it has been more than 6 months since the M1. 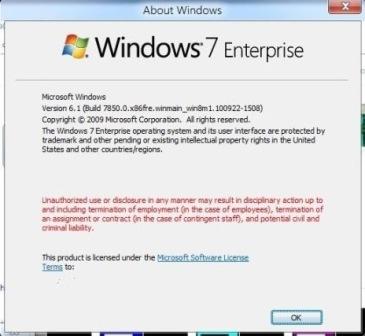 As the Windows 8 M1 is a very early build which even earlier than Windows 7 SP1, don’t expect too much ‘wow’ factor in it. In fact, most of the label in the OS still indicating it’s Windows 7, but with updated build string. 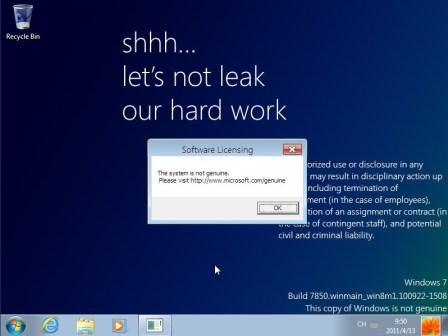 Interestingly, Microsoft prints such wording on the desktop – Shhh… let’s not leak our hard work, but the build has been leaked.

The leaked Windows 8 M1 has the SKU of 32-bit Enterprise x86. As it’s Enterprise edition, you will need a KMS server for activation. And the M1 expires on February 5, 2011 so you may need to hack the installed Windows 8 with tokens and cert from activated Windows 7 in order to run the OS. Windows 8 7850 Activator is available to make activation easy.

Join the discussion on Windows 8 M1 on MDL Forums. 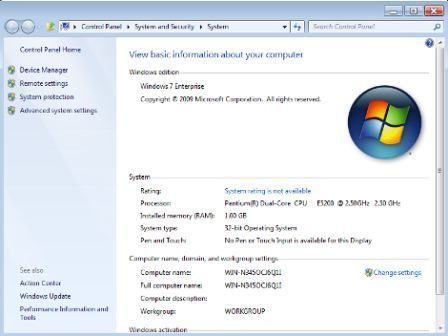 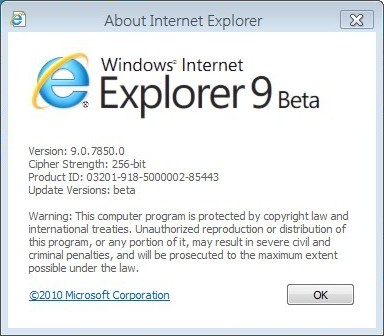 IE9 Beta in Windows 8 M1, but you can’t upgrade it to IE9 final build. Attempt to install IE9 RTM will result in error message saying the operating system is not supported, as it’s only supported on Windows 7 and Windows Vista. Compatibility mode does not help either.
Anyway, a hack is available to upgrade IE9 Beta to RTM in Windows 8 Build 7850.

Registry hacks are been discovered to unlock and enable locked hidden features in Windows 8 M1.